Published by Ricordi-BMG for the first performances in modern times at the Festival della Valle d’Itria in Martina Franca, conducted by Eric Hull. Recorded by Dynamic.

The opera that inaugurated Milan’s Teatro alla Scala in 1778, the edition was performed in occasion of the theatre’s re-inauguration following its refurbishment in 2004, conducted by Riccardo Muti.

An edition for Teatro alla Scala based on the original manuscript with Adam’s original orchestration. Currently in regular use at La Scala. 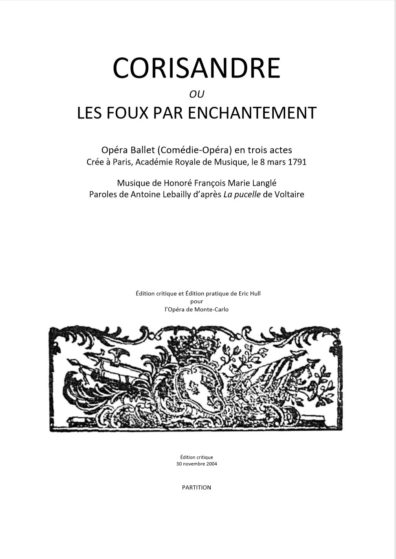